This week The Wonderlings went on a fabulous journey of the mind (or perhaps mind-palace?) to Victorian London; to visit no other than the renowned tenants of 221 B Baker Street. It’s elementary, my dear reader!

Sherlock Holmes is a fictional private detective created by British author Sir Arthur Conan Doyle. Known as a “consulting detective” in the stories, Holmes is known for a proficiency with observation, forensic science, and logical reasoning that borders on the fantastic, which he employs when investigating cases for a wide variety of clients, including Scotland Yard.

No study of the short story would be complete without a foray into the country mansions and city opium dens where Holmes and Watson solved each adventure.

Though not the first fictional detective, Sherlock Holmes is arguably the most well-known, with Guinness World Records listing him as the “most portrayed movie character” in history.

Conan Doyle repeatedly said that Holmes was inspired by the real-life figure of         Joseph Bell, a surgeon at the Royal Infirmary of Edinburgh, whom Doyle met and had worked for as a clerk. Like Holmes, Bell was noted for drawing broad conclusions from minute observations. However, he later wrote to Doyle: “You are yourself Sherlock Holmes and well you know it”. Sir Henry Littlejohn, Chair of Medical Jurisprudence at the University of Edinburgh Medical School, is also cited as an inspiration for Holmes. Littlejohn, who was also Police Surgeon and Medical Officer of Health in Edinburgh, provided Doyle with a link between medical investigation and the detection of crime.

Excerpt: Chapters from A Study in Scarlet

As a warm-up for Holmes 101 it may be useful to check out Chapters One and Two of the novel A Study in Scarlet by Sir Arthur Conan Doyle. It established Watson as the narrator and is our very first glimpse into the mind of Mr.Holmes. It’s also our first glimpse into Holmes’s interest in forensics.  Enjoy!  http://www.read.gov/books/sherlock_holmes.html

“The Adventure of The Abbey Grange”

“The Adventure of the Abbey Grange” which first appeared in The Strand Magazine, takes place in the bitter winter of 1897. There’s a new case. Holmes is known for his critical reasoning and his ability to secure proofs which are based on facts. Yet what happens in this story?
http://sherlockholmes.stanford.edu/…/250_is…/2007_issue7.pdf

“The Man With The Twisted Lip”

For the second story of the week we explore “The Man With The Twisted Lip.”

It’s the sixth of the twelve stories in The Adventures of Sherlock Holmes. The story was first published in the Strand Magazine in December 1891. Doyle ranked “The Man with the Twisted Lip” sixteenth in a list of his nineteen favorite Sherlock Holmes stories.

Dr Watson is called upon late at night by a female friend of his wife. The woman’s husband has been absent for several days. Let’s travel together now, to explore some of the seedier side of Victorian London, as we read Sir Arthur Conan Doyle’s “The Man with the Twisted Lip.” Enjoy it here.

It may also be of interest to peruse a project called Reading Sherlock Holmes, from Stanford University: http://sherlockholmes.stanford.edu/history.html

Arthur Ignatius Conan Doyle was born on May 22, 1859, in Edinburgh, Scotland.

He was a British writer and physician, most noted for creating the character Sherlock Holmes and for his detective stories which are generally considered milestones in the field of crime fiction.

He is also known for writing the fictional adventures of a second character he invented, Professor Challenger, and for popularising the mystery of the Mary Celeste. He was a prolific writer whose other works include fantasy and science fiction stories, plays, romances, poetry, non-fiction and historical novels.

In 1876, he began his medical studies at the Faculty of Edinburgh. 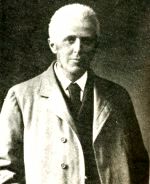 Per The Arthur Conan Doyle Encyclopedia, here he met two men who influence the choice of his future novel hero: Professor Rutherford, whose Assyrian beard, booming voice and broad chest, inspire him Professor George Edward Challenger  and Dr. Joseph Bell, Professor of Surgery, whose amazing deductions on his patients and their diseases did germinate the idea of a detective using the same methods.

In 1887, he wrote his first Sherlock Holmes adventure, A Study in Scarlet.

In august 1889, during a dinner hosted by J. M. Stoddart, an American agent of the Lippincott’s Monthly Magazine, Conan Doyle and Oscar Wilde were hired to write two stories. Published in 1890, Wilde wrote The Picture of Dorian Gray and Conan Doyle The Sign of Four, the second adventure of the detective. The same year, the Conan Doyles stayed a few months in Vienna for Arthur to improve his medical knowledge. Back in England, they moved to London on Montague Place and the young doctor’s office opened at 2 Devonshire Place. Patients were still scarce, and Conan Doyle took up the pen again. 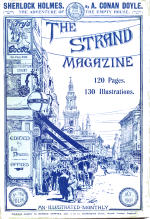 In January 1891, discovering the first issue of The Strand Magazine, he decided to write and propose new adventures of the detective, including A Scandal in Bohemia and The Red-Headed League. He then provided five other short stories and renewed his contract for six additional stories at the rate of one per month.  (The Arthur Conan Doyle Encyclopedia)  . . .but as we all know, The story of Holmes would not end there.

Any appreciation of the Victorian London streets, the history of the detective novel, or a study of methods of critical reasoning, logic, fallacy or forensic methods would not be complete without a visit to 221 B Baker Street; therefore we include Doyle in our syllabus and encourage all to further peruse additional stories.

Lots of information on Doyle and his work can also be found in The Sir Arthur Conan Doyle Encyclopedia, here.

The Wonderlings Interview Lee Jackson, Curator of  The Online Dictionary of Victorian London and Author of Dirty Old London: The Victorian Fight Against Filth!

Lee Jackson is the author of Dirty Old London: The Victorian Fight Against Filth. His online Dictionary of Victorian London is often consulted on social history by universities offering courses on the topic of the Victorian novel. It’s a faithful and fascinating resource.

He has been interviewed by NPR as well as The New York Times, The Wall Street Journal, The Guardian and many others.

As we follow Sherlock and John through the famous London fog (composed of pollution from the burning of bituminous coal), the author agreed to ANSWER SOME OF OUR MOST PRESSING QUESTIONS about everyday life in dirty old Victorian London.

TW: At this particular time in history, I am wondering how London compared to other urban areas in the West? Was London the most developed metropolis of its day? (Rome did always refer to the English as barbarians didn’t they?) -Jeri Harbers Thomson:

LJ:  London in the 1880s/1890s (classic Holmes period) was the biggest city in the world, with a population well over five million people. It was the centre of the British Empire, with massive import/export trade through the London docks, taking raw materials from the West Indies, Africa and Asia, converting them into finished products, and selling at home and abroad. The underground railway network was developing quickly, and rail (underground and overground) made possible extensive suburban commuter-belts; so transport was excellent, albeit the central streets were often highly congested with horse traffic. From a health point of view, London had benefited from a pioneering mid-century sewer project, which effectively eradicated water-borne disease like typhoid and cholera; but, on the other hand, it was now heavily polluted by coal smoke, which led to the infamous occasional ‘pea-soup’ fogs, but also a pervasive filth, which turned everything grey/black, from trees in the parks, to one’s clothing. Paris was the nearest comparable metropolis, but New York was growing fast in terms of size and population and would overtake London in the next century.

TW: I see that Doyle was into “spiritualism” – fairies, belief in otherworlds. Was spiritualism popular at that time in London? What exactly is spiritualism? – Rick Williams

LJ:  Spiritualism was the idea that ‘mediums’ – persons of particular ‘sensitivity’ – could communicate the spirits of the dead. Two sisters in New York really kickstarted the interest in this (see https://en.wikipedia.org/wiki/Spiritualism#Origins  ) Many Victorians mocked this nonsense; see my site for examples http://www.victorianlondon.org/religion/spiritualism.htm  but others made it into a lucrative business, charging for seances etc. There was a renewed interest in spiritualism after the countless deaths of young men in World War One. Conan Doyle’s enthusiasm ties into this, although apparently he was interested in the subject even before the death of his son in the war.

TW: During World War I did the amount of horse dung decrease in the streets of London? And when the war was over were the men who returned put to use on any city sanitation projects or improvements projects? –   David Delaney

LJ:  The amount of horse dung (predictably) decreased with the advent of the motor-bus and motor-car, which began to really take over in the 1920s (although you could still see horses in London streets in the 1950s). I don’t know of ex-soldiers working on sanitary projects – it’s a little after my period of study. Not everyone saw the car’s potential, though. This is a quote from 1896:

“One of the most entertaining features of this revived interest in what it is the fashion to call automobility, is the series of laments as to the supersession of the horse expressed in almost exactly the same terms as in Trevithick’s day. The railways also were to have wiped out the horses, but have they? There are more horses now than there ever were.

TW: “Could Mr. Jackson relate what he knows of the lives and importance of chimney sweeps in the Victorian era? -Anna Schantz

LJ:  There’s half a chapter in my book Dirty Old London on chimney-sweeps. Basically, sending boys (for the most part, rather than girls) up chimneys, to clean out blockages of soot, was standard practice in the eighteenth and early nineteenth century. In some cases these tiny children were squeezing into spaces not more than nine inches square. They often went up naked (clothes got torn and snagged) and developed nasty wounds and lesions (including, in later life, cancer in the groin, thanks to exposure to the soot). The cane poles and brushes you see in Mary Poppins were invented in the early nineteenth century, but people were used to sending children, and it took a while – and repeated efforts at forming suitable legislation – to stop the practice of using these ‘apprentices’. It was a nasty trade: the only ‘apprenticeship’ where the employer paid the parents to ‘take on’ a child (it was usually vice versa), because it was so brutal. It was finally stamped out in the mid-nineteenth century, with only very rare instances of children being used after that (and certainly not by Holmes’s time).  There’s a biography of a sweep you can read here https://www.amazon.com/exec/obidos/ASIN/B00IEN2H0Q/victoriandict-21/

TW: Can you speak a bit about the forensic investigations of Doyle’s day? Were people really writing monographs the way Holmes was always doing? Did the medical colleges or Scotland Yard take any of the Holmes methods seriously?  – Celeste Schantz

LJ:  Certainly you get post mortems and chemical investigation of stomach contents in poisoning cases in 19C (I recall it from a detailed account of the Madeleine Smith case https://en.wikipedia.org/wiki/Madeleine_Smith ). The use of  photographs of convicted criminals was becoming common from the 1870s onwards. Scotland Yard set up a fingerprint bureau in 1901, and its own forensics lab in 1930s (but used outside scientists before that time).

Thank you, Lee, for taking the time to speak with The Wonderlings!

For more information on Lee Jackson’s books or to visit The Victorian Dictionary:

Check out his NPR Interview: http://www.npr.org/2015/03/12/392332431/dirty-old-london-a-history-of-the-victorians-infamous-filth?utm_campaign=storyshare&utm_source=facebook.com&utm_medium=social